IRC to meet as protests intensify over gaol education blow 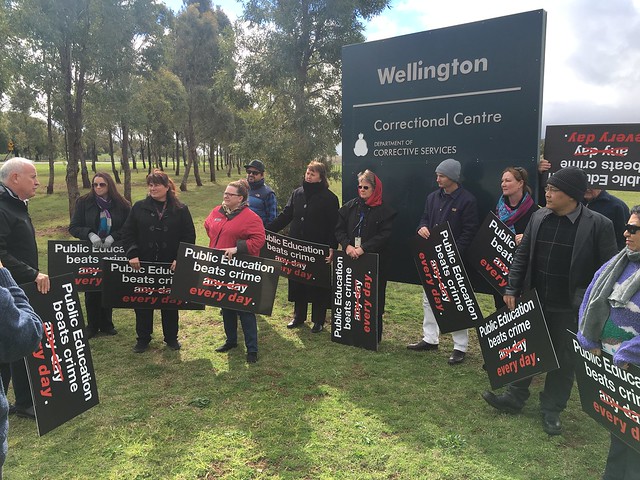 Federation is lobbying the Minister for Corrections David Elliot and state MPs against the shock announcement in May that 138 of 158 adult educators in NSW gaols are to be sacked.

Corrective Services NSW is proposing to replace qualified experienced senior education officers and education officers with clerks, with a subsequent pay cut. The proposal will see the remaining teachers replaced by trainers. Recognised teaching qualifications will no longer be required within state gaols.

Federation immediately lodged a dispute over the new clerical roles and the adverse effects of the move to prison education, which is a critical factor in reducing recidivism. The IRC is to meet tomorrow to hear the matter.

Please support the campaign by